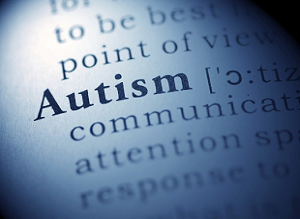 Autism is a lifelong developmental disability that affects how a person communicates with, and relates to, other people. It also affects how they make sense of the world around them.  Autism, sometime called Asperger’s Syndrome or ASD, is a spectrum condition, which means that, while all people with autism share certain difficulties, their condition will affect them in different ways.

People with autism have said that the world, to them, is a mass of people, places and events which they struggle to make sense of, and which can cause them considerable anxiety.  In particular, understanding and relating to other people, and taking part in everyday family and social life may be harder for them. Other people appear to know, intuitively, how to communicate and interact with each other, and some people with autism may wonder why they are 'different'.

The three main areas of difficulty which all people with autism share are sometimes known as the 'triad of impairments'. They are:

Difficulty with social communication:  People with autism can find it difficult to understand:

Difficulty with social interaction:   Socialising doesn't come naturally to people with Autism, they have to learn it.  People with autism often have difficulty recognising or understanding other people's emotions and feelings, and expressing their own:  As a result they may.

It can be hard to create awareness of autism as people with the condition do not 'look' disabled: parents of children with autism often say that other people simply think their child is naughty; while adults find that they are misunderstood.

Print
Add to My Shortlist

Send to my phone